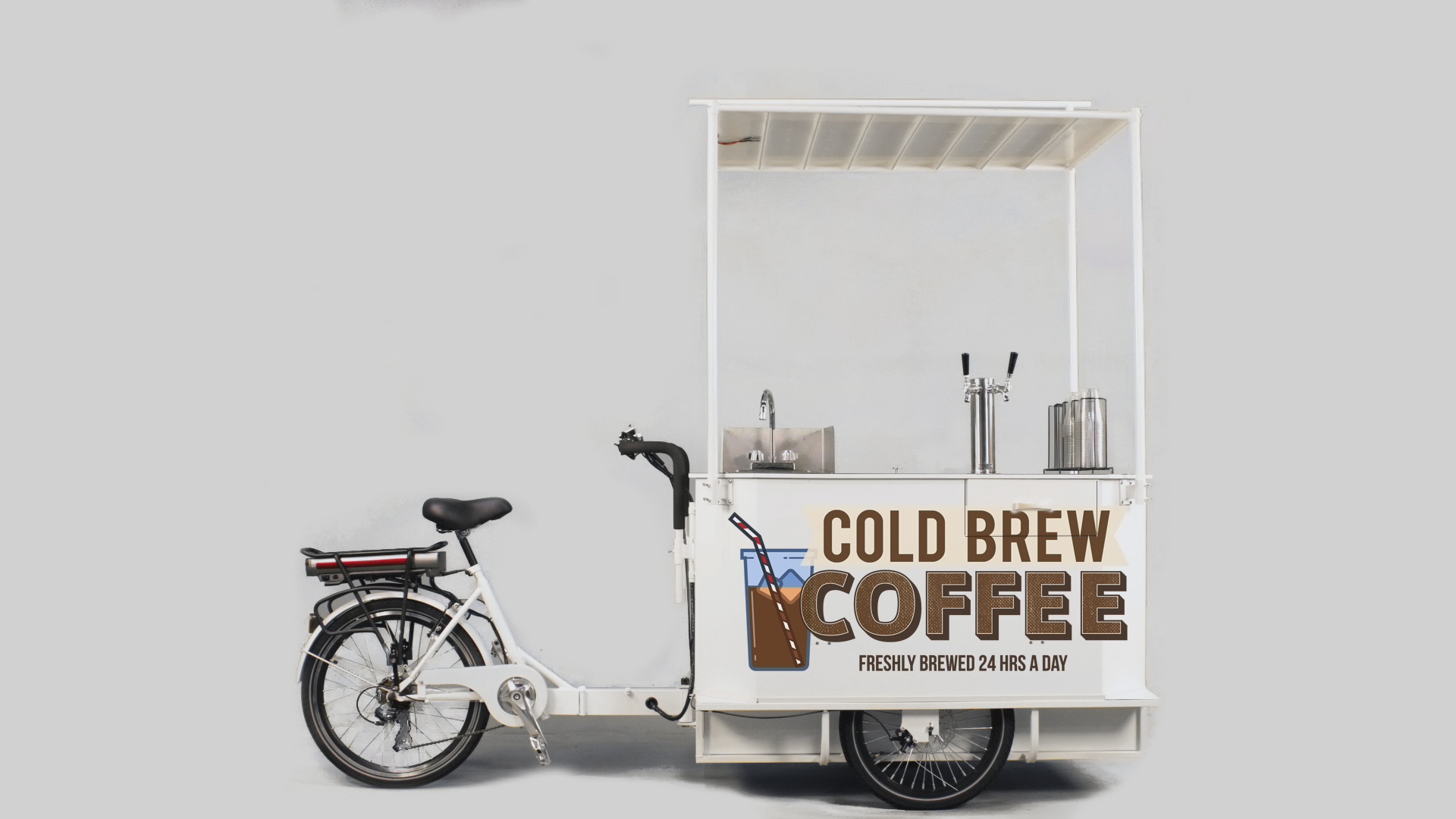 Albuquerque, New Mexico: Coffee and food vending business Bike and a Box is proud to announce its brand-new product, the RAPTR. The company has launched a Kickstarter crowdfunding campaign to help the company reach more people interested in starting their own food and vending businesses in today’s gig economy.

Bike and a Box provides a simple and easy way for anyone to start their own business for entrepreneurs without the budget or the desire to start a full food truck business.

Bike and a Box’s brand new RAPTR Coffee and Food vending bike features many options not found on similar products, including a 12-volt power management system with solar charging panels on the protective canopy, a propane stove, an NSF-certified hand washing sink, Shimano Gears and disc brakes, and and a unique folding mechanism which allows the bike to be transported in a van or truck.

Additionally, the cost of the RAPTR is less than that of similar products, starting at only $4,000. Compared to the costs of starting up a food truck, the RAPTR offers lower startup costs.

Unlike other coffee and foodservice bike businesses, Bike and a Box is franchise-free. Company owner David Langer says this is consistent with his vision of entrepreneurial freedom.

“I always wanted to give business owners the best start possible-to be a springboard for their success. That’s why we’re not a franchise, and it’s why I offer free training and foodservice consultation to all my customers.”

“I was inspired to start Bike and a Box, the developer of RAPTR, after a twenty-five-year career roasting coffee and selling espresso machines. Year after year, I provided consultation to clients who dreamed of starting their own cafe, but too often, these potential customers could not get their business off the ground in the challenging economy of the past decade,” said David Langer, Founder of Bike and a Box.

The RAPTR is currently being offered via a Kickstarter campaign. Early bird backers can get a RAPTR for as low as 22% off the standard price by backing the project for only $3500. These sales are very limited. The Kickstarter campaign ends on January 29th, 2019. Interested parties are encouraged to take advantage of early bird discounts now in order to lock in the best price on a brand-new RAPTR.

The RAPTR is currently available via Kickstarter and to those interested in purchasing directly from Bike and a Box.

About Bike and a Box: Bike and a Box manufactures and designs custom Coffee and Foodservice Bikes and Trikes, allowing anyone to start their own business selling Coffee, Tea, Beer, food, and more. The company can be found at http://www.bikeandabox.com or by calling 1-877-217-6922.